I prefer to travel by rail, when I can.  So why not make a list of the trips I've taken?  Most of these, especially the long-distance ones, are since 2000.  I'm sure it's not complete, & I haven't included airport trams or that sort of thing.

The view here is southward from the Aviation/LAX station on the Los Angeles Metrorail Green Line, which means that those hills in the background are "Los Palos Verdes", & the city of Carson is probably at the bottom.
Carson, of course, is where the Goodyear Spirit of America is based, and this is presumably she.  Goodyear has elected not to attempt to renew the Certificate of Airworthiness for the GZ-20A ships, which are basically a 1930s design, relatives of the Navy L-class training blimps of the Second World War ;  nor yet to revive the innovative GZ-22 type, which flew in the 1990s as the Spirit of Akron.  Rather, three Zeppelin N07-101 semirigids are being procured ;  the first has already been erected at Wingfoot Lake, although not yet christened, & scuttlebutt has her headed for California.  So the number of future opportunities for a shot like this is limited. 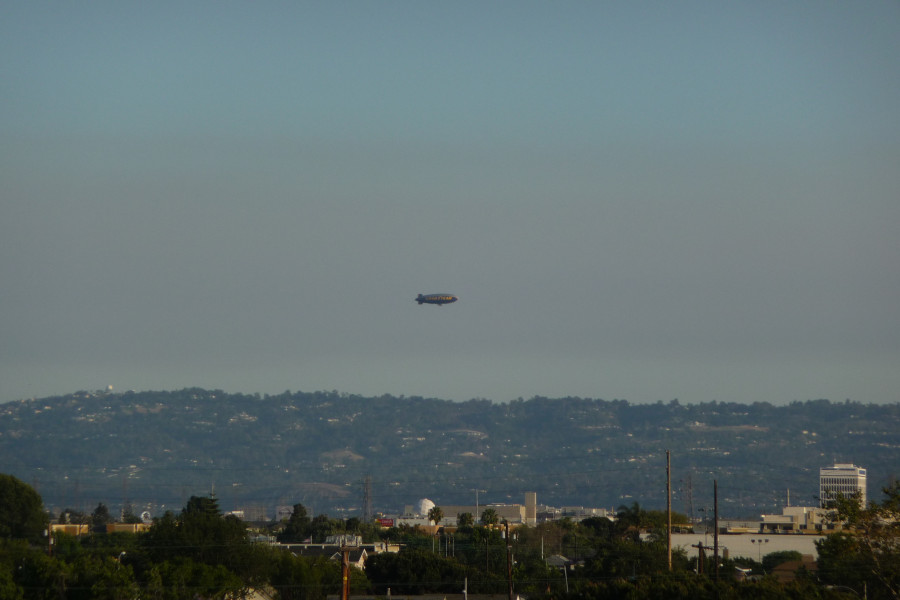 Among the many wondrous & strange things to be found on this Internet of ours are videos, originally taken from film, of the railways of Japan at the time of the Second Sino-Japanese War.
( Collapse )

During the "South by Southwest" festival in Austin Texas, which I was attending on account of my appearance in a film showing there, I decided to use public transportation to avoid having to drive and park in the notorious downtown traffic.  There proved to be aspects of this which did not work out particularly well, & left me in doubt as to the wisdom of the planners of the transit system — if it can be called that.
( Collapse )

I realized I had a couple of nice photos hanging around, from National Train Day 2012.  I got to the Fort Worth Intermodal Transportation Center only after things were already winding down, but there was an interesting pair of locomotives sitting on a track normally used for AMTRAK services. 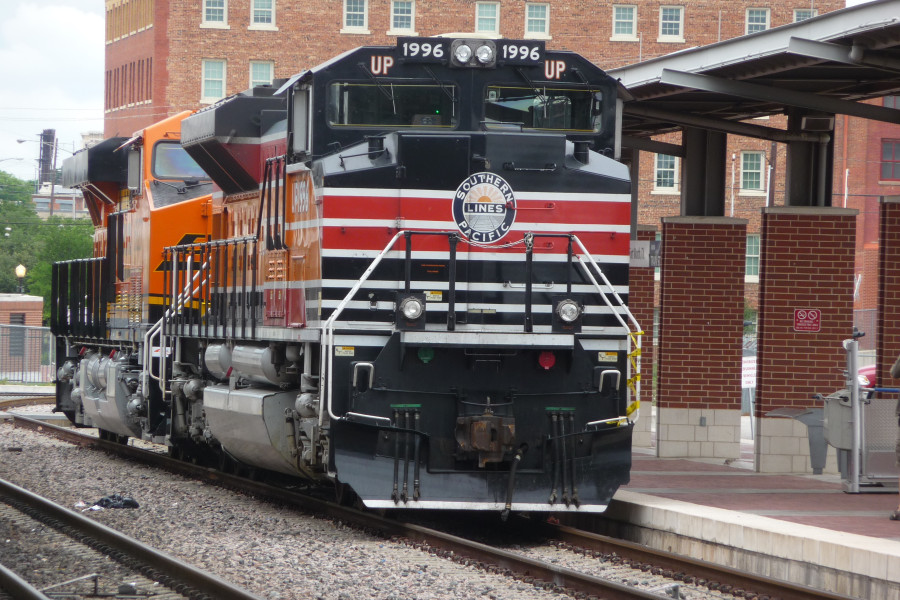 I've long had a desire to see a Space Shuttle launch in person.  STS-135 was my last chance, & I made it, by the skin of my teeth, & at the cost of a perfectly good car.
( Collapse )

Now, I admit it was, to no small extent, just the luck of the draw :  the questions I was presented with happened to be ones I was less than totally unprepared to answer.  The examiners kept bringing me the tests, & I kept taking them, which is nothing new in my life, & the last one I passed with no points to spare.
Still & all, though, there wasn't another one to be taken after that, & one of the examiners said it was only the third time he had ever seen a new license candidate pass the Technician, General, & Extra classes all in one sitting.

So, the paperwork has to go to Newington (Connecticut), thence to Washington (DC), but within probably 10 days I will be a fully-licensed Amateur Radio operator, with the legal right to do all manner of crazy things, such as carry on conversations with people on the other side of the Earth by bouncing radio signals off the Moon.

I see that, in response to a series of publicized suicides of teenagers with homosexual tendencies, a campaign has started to assure queer kids that "it gets better", that, even if they think death would be better than what they are living through now, they can expect their lives to improve.

Maybe that's true.  I rather hope it is.  For people like me, though, there's very little such hope.

The plain fact seems to be that if you haven't developed the skills necessary for making & keeping friends by the time you leave high school, you're not likely to get another opportunity.  Some manage it in university, but it's difficult, especially given the kind of schedule pressure that exists in most programmes.

Out in the 'real world', if anything, matters are worse.  Business managers these days expect emotional commitment as well as competent work, and people rarely stay in the same job for ten years anymore.  Extended-family support structures are fragile or nonexistent for most people, as are the long-term stable social affiliations which went with them.  The days of arranged marriages, likewise, are long gone.

Even if some of these changes are, on balance, for the better, the effect is to frustrate the kind of person who needs many years of constant contact to get comfortable with people, while simultaneously depriving him of the safe niches he could have occupied even fifty years ago.

Few of us actually want to be alone, but even if we did prefer solitude to loneliness in a crowd of strangers, we hardly have the option.  There are no lighthouse keepers anymore.

Two, actually.  Both, of course, are for activities related to the Luna Project which neither I nor the Publications Fund in its current deplorable state (depleted by expenses & lack of revenue) can pay for.
One is to send me to Australia & New Zealand, to the World Science Fiction Convention & the New Zealand natcon, with a $1000 goa (& basically a one-week time limit).  The other is to print colour promotional posters, with a $500 goal, & no real time limit.  We'll see how it goes ;  at some point, we really have to get cracking on doing things, or the Project is going to continue being just a nice idea.
Collapse